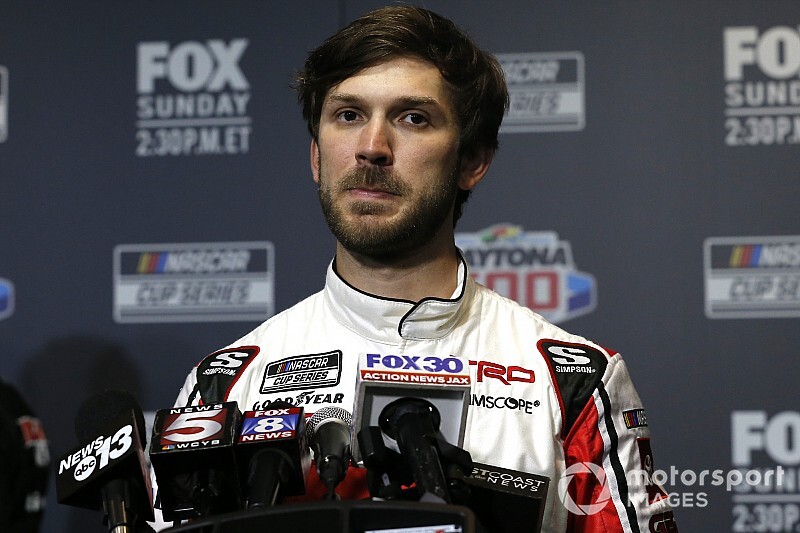 Suarez and the No. 96 Gaunt Brothers Racing team were not locked into the 500 and needed to race their way in via the first Duel race Thursday night.

In the early going, the Monterrey, Mexico native was running solidly inside the top-ten, but it all went wrong during green-flag pit stops.

After losing touch with his fellow Toyota drivers, he was being lapped by the leading Ford group. Moments later, he collided with the No. 12 of Ryan Blaney as the Fords ducked down to pit, sending him nose-first into the outside wall before coming to a rest in the infield grass. He was unable to continue.

It appeared he, nor his spotter were aware that the Fords were pitting that lap. In fact, neither were the three Team Penske drivers who didn’t signal their intentions to pit until it was too late.

“I mean it’s very simple, the No. 2 car (Brad Keselowski) — he started getting his hand out the window super, super late and I see him and when I start going out, the No. 12 (Blaney) is there,” he explained to Fox Sports.

“I don’t know man, getting tired of this.”

September 27, 2019
Byron’s average lap speed of 103.198 mph in the final 10-minute session of group qualifying gave him the pole for
Auto/Moto Rally