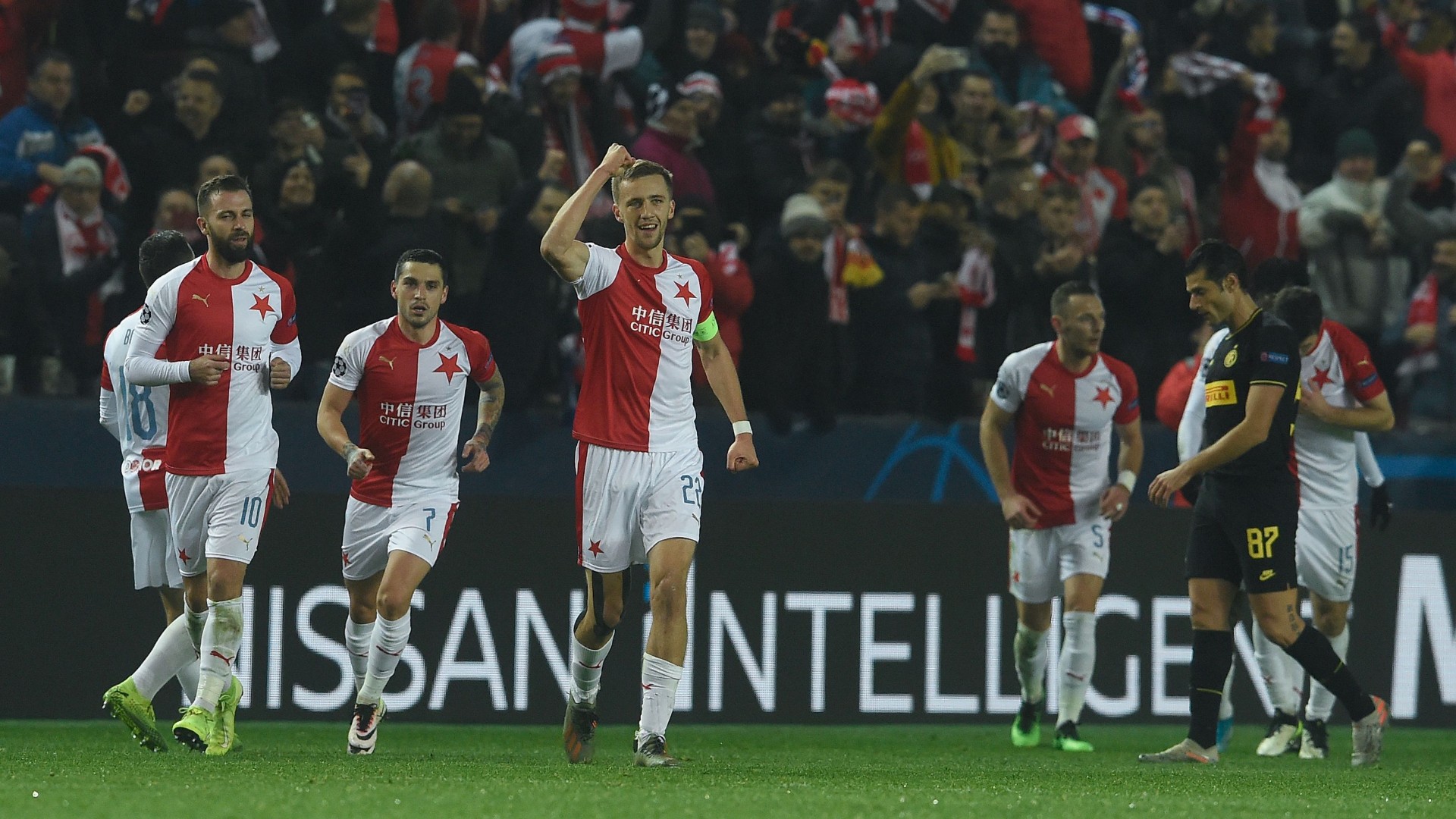 In addition, David Moyes’ side are targeting a striker, an additional midfielder and a right-back in total, and have already seen an offer for Nottingham Forest‘s Matty Cash knocked back.

The 24-year-old Soucek, who was voted the Czech First League Player of the Year for his role in helping Slavia to a domestic double last term, has been given permission to travel to London to discuss a move.

He has notched 12 goals in 26 appearances across all competitions so far this season, including efforts in the club’s Champions League campaign, against Inter and Borussia Dortmund.

Soucek, who only signed a fresh five-year deal at Sinobo Stadium ahead of the current campaign, has also established himself as a regular for his country over the past year.

He featured in the Czech Republic’s victory over England in Prague in October and is likely to be in line to be included in their Euro 2020 squad in the coming months, when they face the Three Lions again.

The Hammers, who were knocked out of the FA Cup this weekend by Championship leaders West Bromwich Albion, are currently embroiled in a relegation battle with just one win from their last five in the Premier League.

Moyes, who returned to the club a year-and-a-half after he left following another close-run battle around the bottom of the division, succeeded Manuel Pellegrini late in December with a view to ensuring their survival once again.

With just four points from a possible 12 however, the former Everton and Manchester United boss has been trawling the market to help bolster his bid to stave off the drop once again.

Though they have brought former goalkeeper Darren Randolph back to the club from Middlesbrough, they are yet to make any more recruits, with their failed bid for Cash the latest blow to their plans.

The highly-rated 22-year-old, who has been a stand-out performer for Sabri Lamouchi’s team this season, has reportedly also been subject to interest from Milan and Southampton.

July 29, 2019
The Ivorian midfielder tells Goal he is devastated about the missed opportunity to land his first title with the Ikon
Soccer

Yikpe going to be good striker for Yanga SC – Ambani

December 24, 2019
The retired footballer says the Ivorian forward will be a hit for the Tanzanian club if they eventually sign him
Soccer

October 14, 2019
The 36-year-old is happy with his decision to join the Serie A side despite receiving offers from elsewhere Franck Ribery

Matuidi confirms he will remain at Juventus amid Lyon links