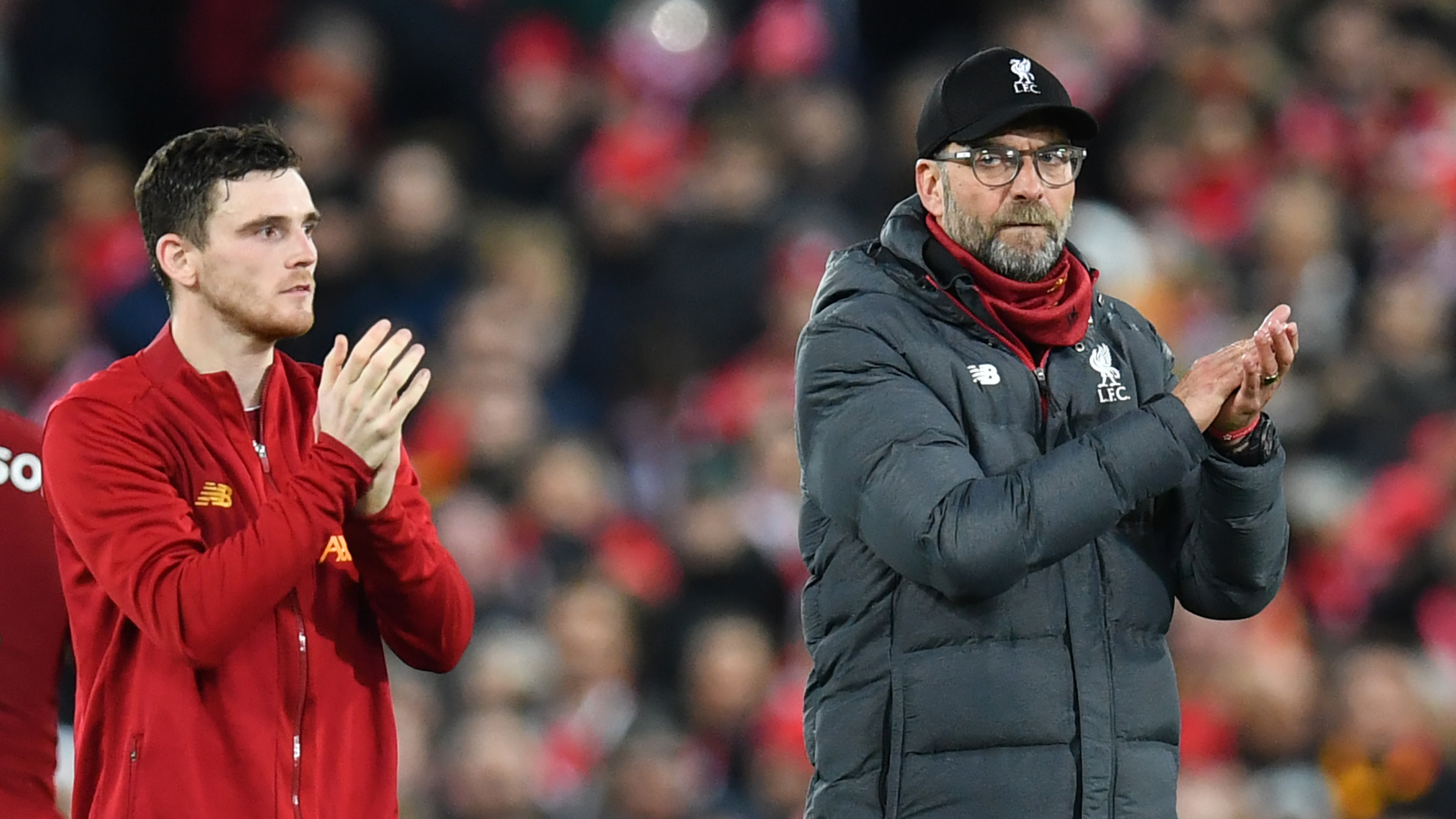 Liverpool manager Jurgen Klopp has conceded his side were “a bit sloppy” as they scraped past Sheffield United 2-0 in the Premier League on Thursday.

Goals from Mohamed Salah and Sadio Mane sealed another three points for the Reds as they re-established their 13-point gap at the top of the table.

Still undefeated this season and with a game in hand, Klopp stressed his side weren’t at their best against the Blades, despite controlling the game and scoring ‘exceptional’ goals.

“It’s obviously good [to go unbeaten for a year] but the target tonight was not to extend this, but to win the game,” Klopp told BBC’s Match of the Day.

“The best thing you can say when you play against Sheffield United is to keep the game not spectacular. We controlled the game.

“We played around their formation, played behind, in-between, broke the lines and had counter-attacks. All the things we want to have. The boys played sensational.

“You saw these glimpses in the game where we were a bit sloppy. They wanted two or three situations in which they could score in. We needed that concentration and that was incredibly tough but the boys did so well. Nothing ends. We have to make sure we are ready again.

“I am really happy and really proud of the boys. We should not take things like this for granted. The way we controlled Sheffield United tonight was exceptional. In possession we were incredible, we were calm but lively as well. The goals we scored were exceptional.”

Sheffield ended the night with just 25 per cent possession and manager Chris Wilder conceded his side struggled to make life difficult for Liverpool – a side he clearly admires.

“I thought we didn’t a lay glove on them,” Wilder told BT Sport. “They were outstanding. They won every first ball, every second ball…

“They played in second or third gear but still had the desire and humility to do that as world champions, as European champions, it shows why they’re well on their way to being champions.

“Thankfully we’ve now played Liverpool twice. I wish Liverpool and Jurgen all the best. I love everything about them, how they go about things tactically, with their players, the physical and mental aspects of their game is amazing.”

KRC Genk’s Samatta: It will be a dream to play at Anfield against Liverpool in the Champions League

September 8, 2019
The Tanzanian forward speaks on his team’s chances of competing with the best on the biggest stage of European football
Soccer

Stock up on batsmen in batting-friendly Hobart