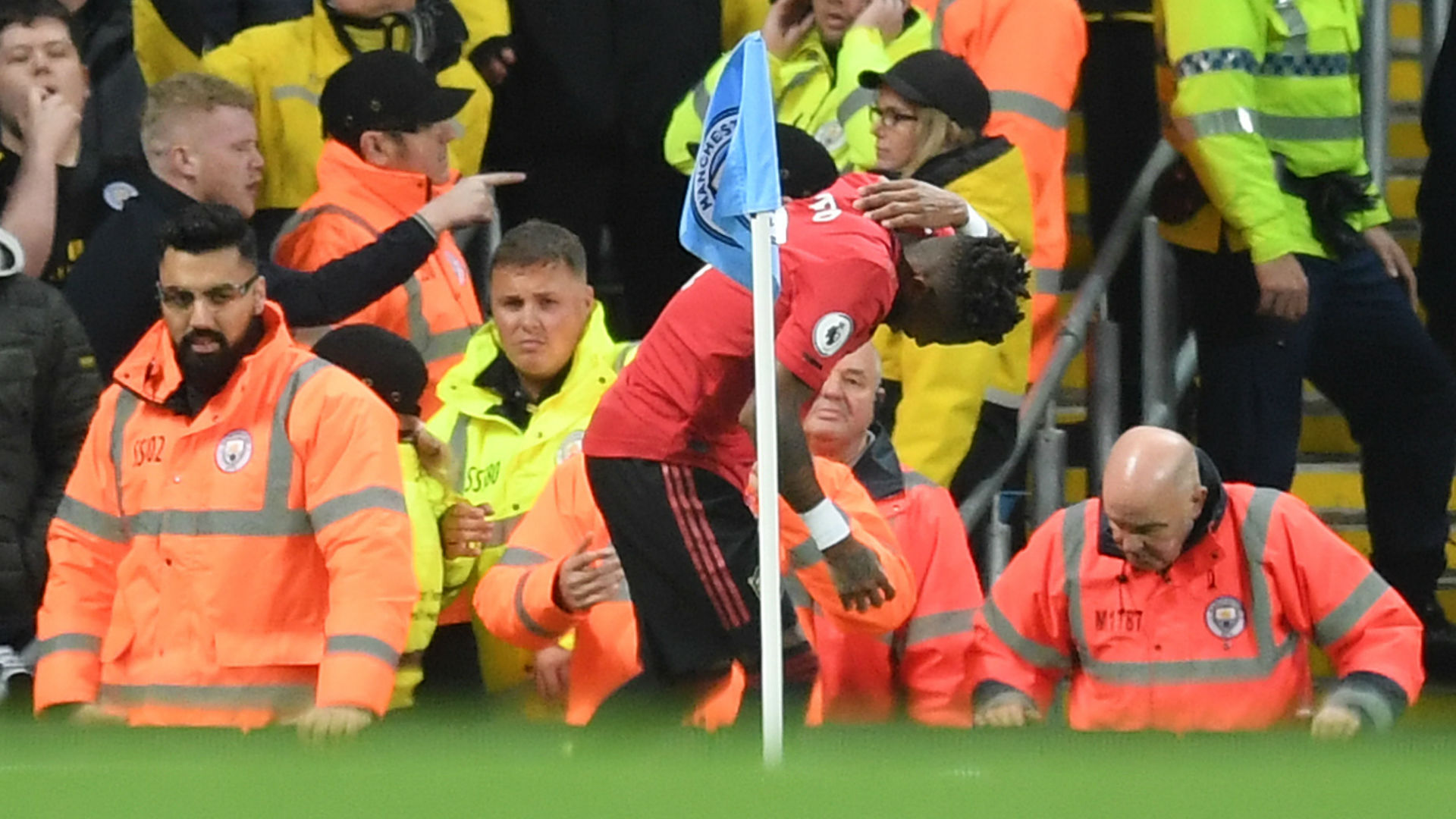 The home crowd’s frustrations at a disappointing derby day performance boiled over with 25 minutes to play, with the Brazilian on the receiving end

Saturday’s Manchester derby saw passions in the stands boil over as Manchester United midfielder Fred was hit by an object thrown from the crowd.

With Manchester City trailing 2-0 with around a third of the match still to play, United’s Fred and Jesse Lingard protested to match referee Anthony Taylor as objects including lighters and water bottles were being thrown onto the pitch as they prepared to take a corner.

One object appeared to strike the Brazilian Fred on the back of the head, as City fans’ frustrations at a disappointing performance took an unacceptable turn.

The corner was eventually taken as the shower of missiles being targeted at the pitch let up – though both players were still faced by a barrage of insults from the fans by the corner flag.

June 9, 2019
The manager believes his side made huge strides to reach the final of the Nations League but wants more cutting
Soccer

December 9, 2019
Napoli are reportedly ready to call time on the manager's time at the club and the veteran coach said he
Soccer

August 29, 2019
Arsenal have made a solid start to the season with their new additions already managing to make a good impression.Unai

All eyes on Battle of Alberta at NHL all-star weekend