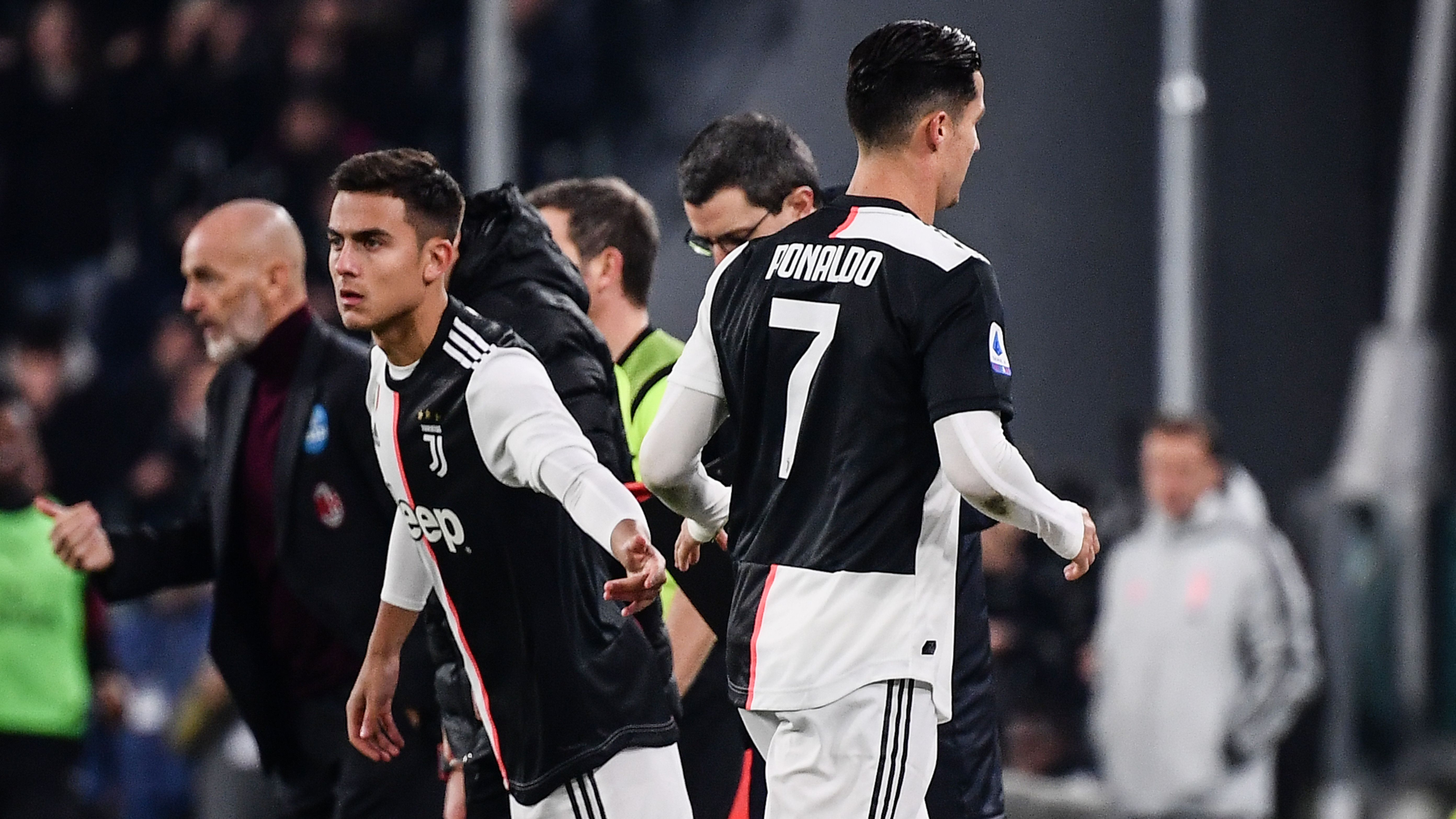 Cristiano Ronaldo was substituted in the 55th minute during Juventus‘ Serie A clash with AC Milan on Sunday, with the 34-year-old heading straight down the tunnel after being replaced.

Reports from Italy also suggest Ronaldo would go on to leave the stadium three minutes before the end of the match.

The former Real Madrid attacker was having a quiet game by his high standards against the Rossoneri, after also being subbed off in the 82nd minute during Juve’s midweek Champions League clash against Lokomotiv Moscow with the game still level at that point before the Italians claimed a late 2-1 win.

Ronaldo reacted angrily to being replaced in Russia with coach Maurizio Sarri declaring post-match the decision to withdraw him was down to fitness concerns.

“Ronaldo was angry because he wasn’t very well, he had a knee problem a few days ago and his adductor got tired,” Sarri said post-match.

“At the end of the first half he was nervous. I was afraid he would hurt himself and I preferred to take him off.”

On Sunday, Ronaldo once again looked far from happy about being substituted and headed straight down the tunnel after coming off the pitch.

He was replaced by Paulo Dybala just after half-time with the game at that point goalless in Turin. The Argentine would go on to open the scoring in the 77th minute to hand Juve a 1-0 win and return the club to the Serie A summit – one point clear of Inter Milan.

While an injury looks to be behind his recent substitutions, Ronaldo has now been taken off as many times as he was throughout the entire 2018-19 campaign for the Old Lady.

As it stands, the 34-year-old has made 14 appearances this season for Juventus, scoring six goals and contributing two assists.

Ronaldo has missed two Serie A games so far this campaign with an adductor issue ruling him out of the club’s September clash against Brescia, before he was also absent a month later against Lecce.

Speaking prior to the match, AC Milan manager Stefano Pioli made no secret of how much he admires Ronaldo and declared he’s nearly impossible to stop at his best.

“It’s very hard to say how you can stop Ronaldo, because he has so many different ways in which he can hurt you: in the air, he can shoot from distance, he can dribble past players, he’s a phenomenal superstar,” Pioli told reporters.

“You need to be more careful against a player like Ronaldo, those operating close to Ronaldo need to be switched on, determined and not allow him too much space. Because he only needs an inch to be able to hurt you.

“He’s certainly among one of the best players of all time. His goals-per-game ratio is impressive, his ambition too is impressive.”

October 1, 2019
The Super Eagles trainer doesn’t want his squad to be distracted by the futures of the young Premier League stars
Soccer

September 30, 2019
The German coach has used the Manchester City boss as a role model as he looks to make his own
Soccer

December 2, 2019
The women's club tournament was held for the first time in Asia this year, with the South Korea playing host

Shoulder injury to keep Joel Embiid out at least one week