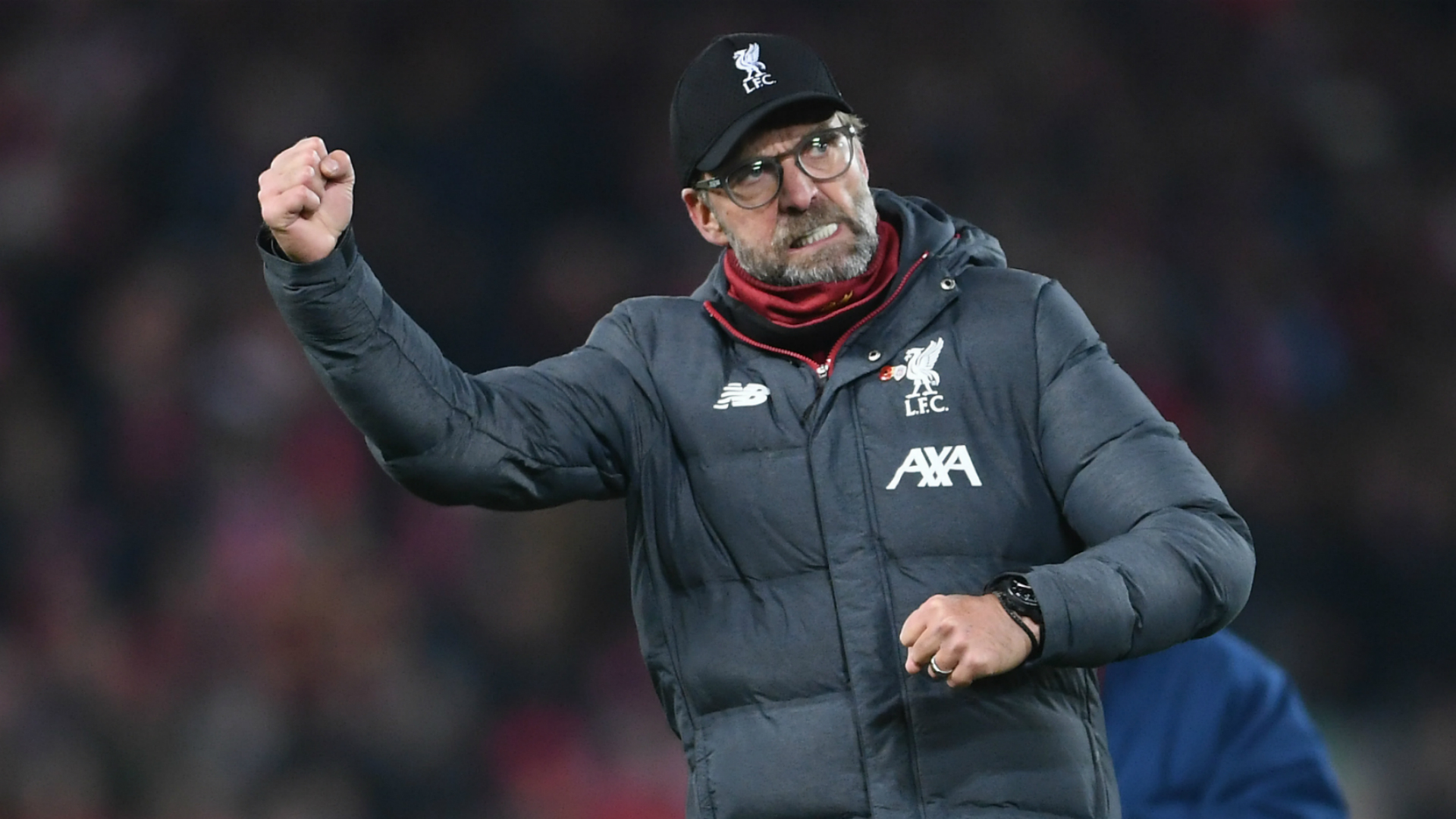 The clash between the warring teams at Anfield lived up to its billing as a match full of thrills, spills and controversy saw Liverpool emerge victorious to open up an eight-point lead at the top of the Premier League.

Fabinho’s sixth-minute thunderbolt came shortly after City were incensed not to be awarded a penalty for handball against Trent Alexander-Arnold.

Liverpool boss Klopp revelled in taking the points at the end of a barnstorming fixture.

“The intensity of the game was incredible. Pretty wild. For us, it’s not too unusual that the game is wild,” Klopp said.

“City usually control the game more – it was not possible against us today, but they were good, oh they were good. We had to defend with all we had. And we scored incredible goals.

“I really have to think about what I say before the game, because today I asked for finishes from outside the box. I should ask that [more often]. It’s my fault that it’s probably the first goal from outside the box this season. But Fabinho, what a goal.

“Then what a counter-attack, what a pass from Robbo [Andy Robertson], what a header from Mo. Giving the game this kind of direction is incredible. It was so tough to play – you saw that – of course the intensity of the game kills you.

City, who are now nine points adrift of Liverpool, turned the screw after Silva’s strike and threatened more than once to produce a late revival.

Klopp conceded he was concerned by City’s threat but says it was always to be expected.

He added: “Look, we saw the City situations they had. They passed the ball from outside, Raheem Sterling, what a player. The thing is how did we defend him until then? How good was that?

“You see the moment we don’t defend him anymore what happens immediately. They are great players, that’s just how it is. They do so many good things.

“But the boys were completely focused, concentrated, really composed. It was just so good to see. It’s the only way we can beat City. Maybe some teams can do it a different way – I don’t think a lot of teams can do it – but this is the way we can. What the boys did today is just incredible.”

October 16, 2019
Massive blow for Everton & GbaminEverton midfielder Jean-Philippe Gbamin is set for a further three months out after suffering a
Soccer

Bafana Bafana: Let us see what Ntseki can do at a higher level – Kannemeyer

September 5, 2019
The former South African international has urged the current squad to impress the new coach ahead of the Malagasy clash
Soccer

January 30, 2020
The Ivory Coast international has expressed his displeasure with the way the 55-year-old is treating him at Olympiastadion Salomon Kalou