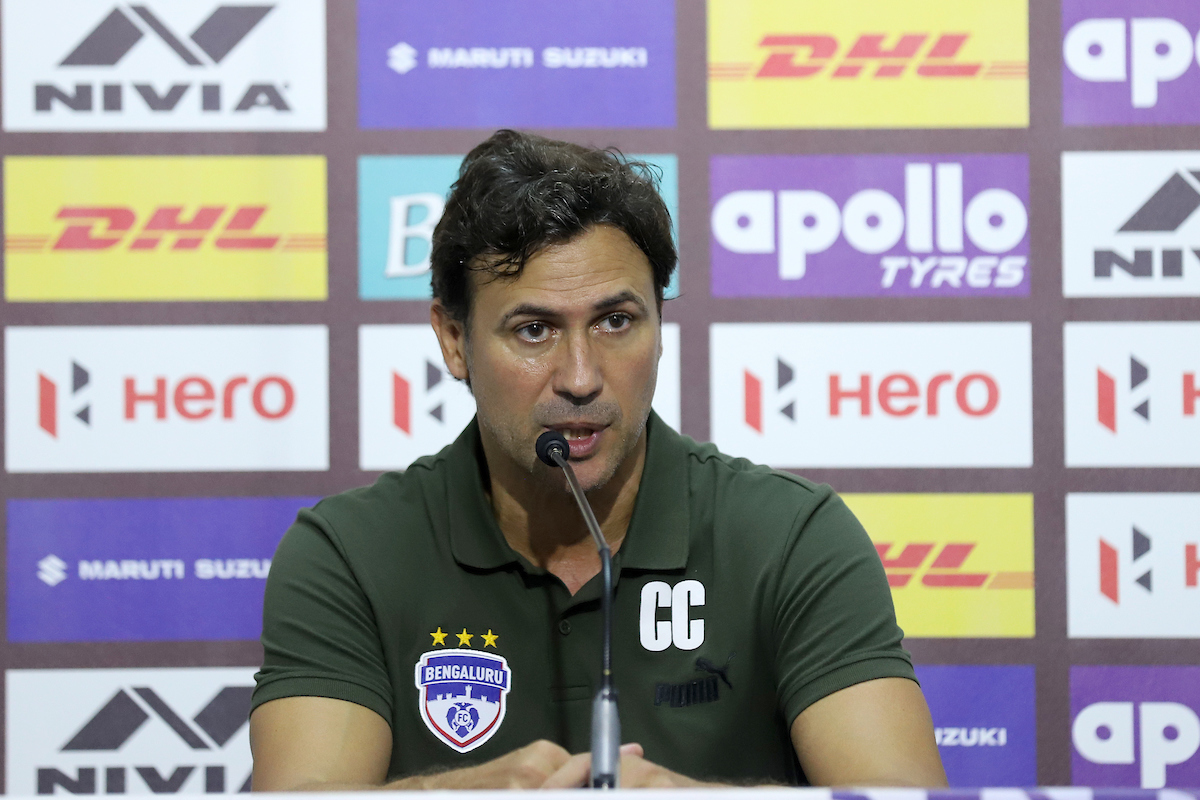 Speaking on the result, Bengaluru boss Carles Cuadrat expressed his satisfaction, “I am very happy with the boys and the three goals. Not the kind of night as it was against NorthEast United. Today was one of those magical nights at Kanteerava.”

Australian defensive midfielder Erik Paartalu returned to the Bengaluru lineup after nine months. It was against Chennaiyin back in February this year that the Socceroos star picked up an injury.

Paartalu came back strongly and scored the opening goal for his club. “I am very happy for him, he is a hard worker, it is great that he is with us again.”

On opposition’s Chennaiyin’s goalless streak, a compassionate Cuadrat said, “Chennaiyin were not scoring but they had some chances and one day they will score (those chances).”

The Spaniard called for further improvement after his team picked up their first win of the season. “It wasn’t the perfect performance. We are still starting the season, this is the first time we played with an all-Indian attack. We are working and trying to give our best. We have to improve,” said Cuadrat.

The Bengaluru manager was shown a yellow card for dissent against the fourth official. “My yellow card? Sure, it is a yellow card, maybe red but show consistency. Show that to all the coaches, it should be the same plan for every team.”

For the first time, Ashique Kuruniyan started a match in Bengaluru colours in his natural left wing role. On switching Ashique’s position, the former FC Barcelona cadet said, “I told this from the first day that I will use Ashique in different positions and it is one of the good things I have that I can use my players in different positions. It is good to have such Indian players.”

September 15, 2019
Norwich 3 – Manchester City 2How important will Man City’s 3-2 defeat to Norwich be in the Premier League title
Soccer

December 10, 2019
The 6-time Super League winner is the new face in JDT's coaching staff after calling time on his illustrious career