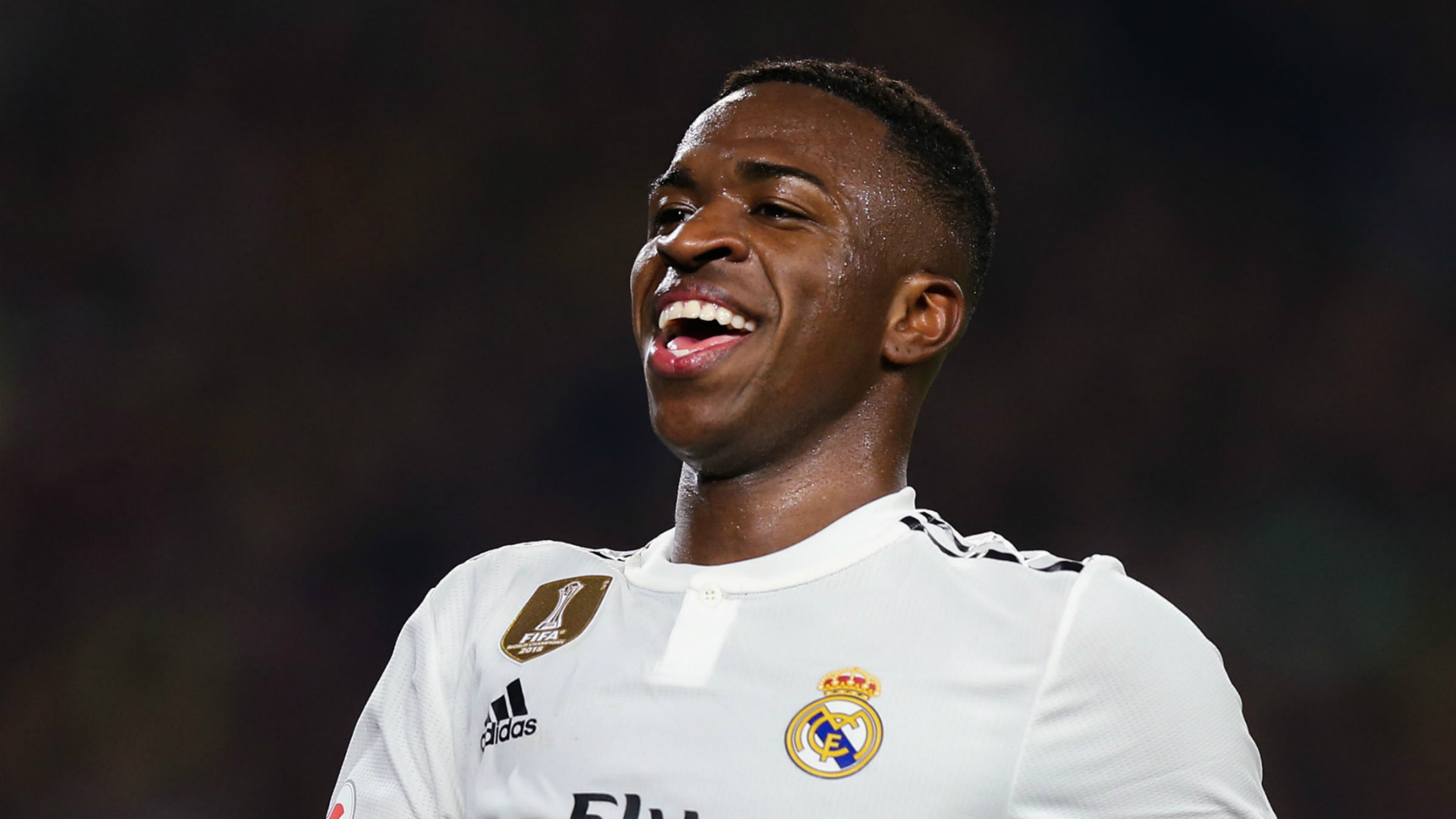 The 19-year-old’s Brazil debut was an underwhelming affair but Casemiro, his Santiago Bernabeu colleague, wants him to “think big”

Casemiro has told Real Madrid team-mate Vinicius Junior to start thinking about the Ballon d’Or and other major prizes after making his Brazil debut.

Vinicius made his first appearance for the Selecao in Tuesday’s underwhelming 1-0 defeat to Peru, Brazil’s first loss since last year’s World Cup.

The 19-year-old has started 10 La Liga matches across the past two seasons, too, and Casemiro believes he needs to be aiming high.

“Vinicius has a very good head and, in the past year, he has surprised many people with the football he played,” the midfielder told reporters.

“It is not normal for a 19-year-old boy to do what he did with the Real Madrid shirt. I told him the other day that this year is a year that he has to start thinking big.

“I repeat: what he did last year was not normal. He surprised everyone and showed that he is ready to be a starter at Real Madrid.

“When you are a starting Real Madrid player, you have to think big. Think of the Ballon d’Or, FIFA’s World XI. He is a great player and he has already proven it.

“Of course, he is very young, you cannot put too much pressure and weight on his back. But I think he has to start thinking big.

“It is very important for us that he is here with the national team, but we have to be calm; two years ago he was playing in the Flamengo youth team.”

The teenage forward has featured prominently at the start of the 2019-20 season, helping the Blancos earn two draws and a win from their first three fixtures.

After returning from international duty, he will be back in contention to start for Zinedine Zidane’s side against Levante on Saturday, before a Champions League clash with Paris Saint Germain four days later.

December 9, 2019
West Ham United host Arsenal tonight and will look to steer clear from the relegation zone with a win. The
Soccer

FIFA 20: The 10 best clubs to manage on career mode

October 2, 2019
If you're keen to try your hand as a manager in FIFA 20, we've got the clubs you should consider
Soccer

July 16, 2019
The Masandawana star is raring to go as he looks forward to the new campaign, where he will play anywhere