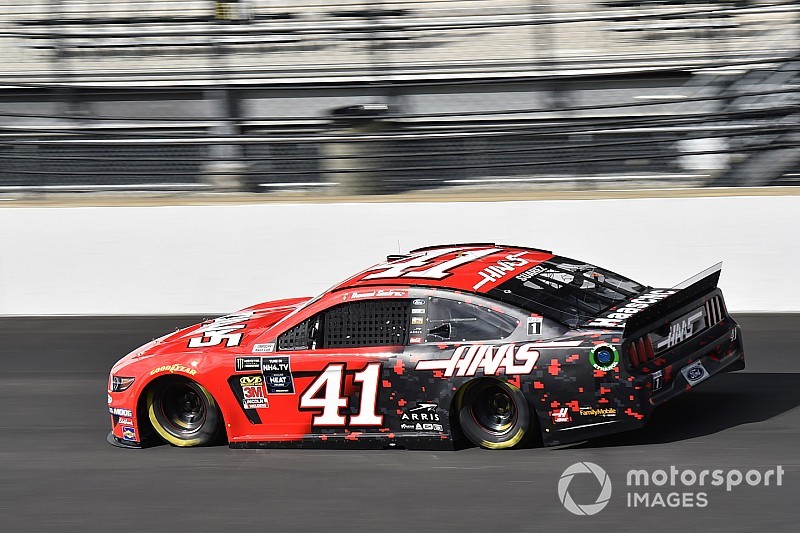 It was going to take a strong run in Sunday’s Brickyard 400 for Suarez to even have a chance to crack the 16-driver playoff field. He entered the race tied with Ryan Newman for the last spot in the field.

Hitting the wall on Lap 10 of 160 only put himself in a bigger hole. He twice pit under caution while his team worked on his right-side damage and restarted the race in 35th.

It was a long climb back to the front where he finally finished 11th. It was a good rebound but Newman finished eighth and claimed the last playoff spot by eight points.

“I made a little mistake there. I wasn’t expecting how aero loose the car got when I got behind (William Byron). The car actually was pretty good after that, though,” said Suarez, in his first season at Stewart-Haas Racing.

Suarez had just pit for his final stop of the race when a caution came out. He received the free pass, preventing him from going a lap down, but still restarted – again – from the back of the field.

“That made us lose all our track position and it was very difficult to overcome that. We fought hard. We made it all the way back to 11th and I feel like if we had 15 more laps I was going to get (Newman) but that is racing. It just wasn’t meant to be.”

Asked about his emotions on not advancing to the playoffs, Suarez said: “A little disappointed. I feel like our team has been okay this year and we deserved to be in there. It is what it is. We have made some mistakes this year.

“We just weren’t good enough this weekend. Qualifying was wide-open and we qualified 20th. We just didn’t have the straightaway speed this weekend for whatever reason. We have to keep working on it and try to keep getting better.”

Albon had to “rewire brain” to drive Red Bull car

August 30, 2019
The Thai driver, who has been promoted to the Red Bull team in place of Pierre Gasly, nearly matched teammate
Auto/Moto Moto GP

September 15, 2019
Marquez and Rossi tripped each other up in a controversial moment at the end of Q2 on Saturday at Misano
Auto/Moto Formula 1

Speed showed Haas could have been “best of the rest”

November 25, 2019
The American-owned outfit started the campaign strongly, but problems with an upgrade that it brought to the Spanish Grand Prix