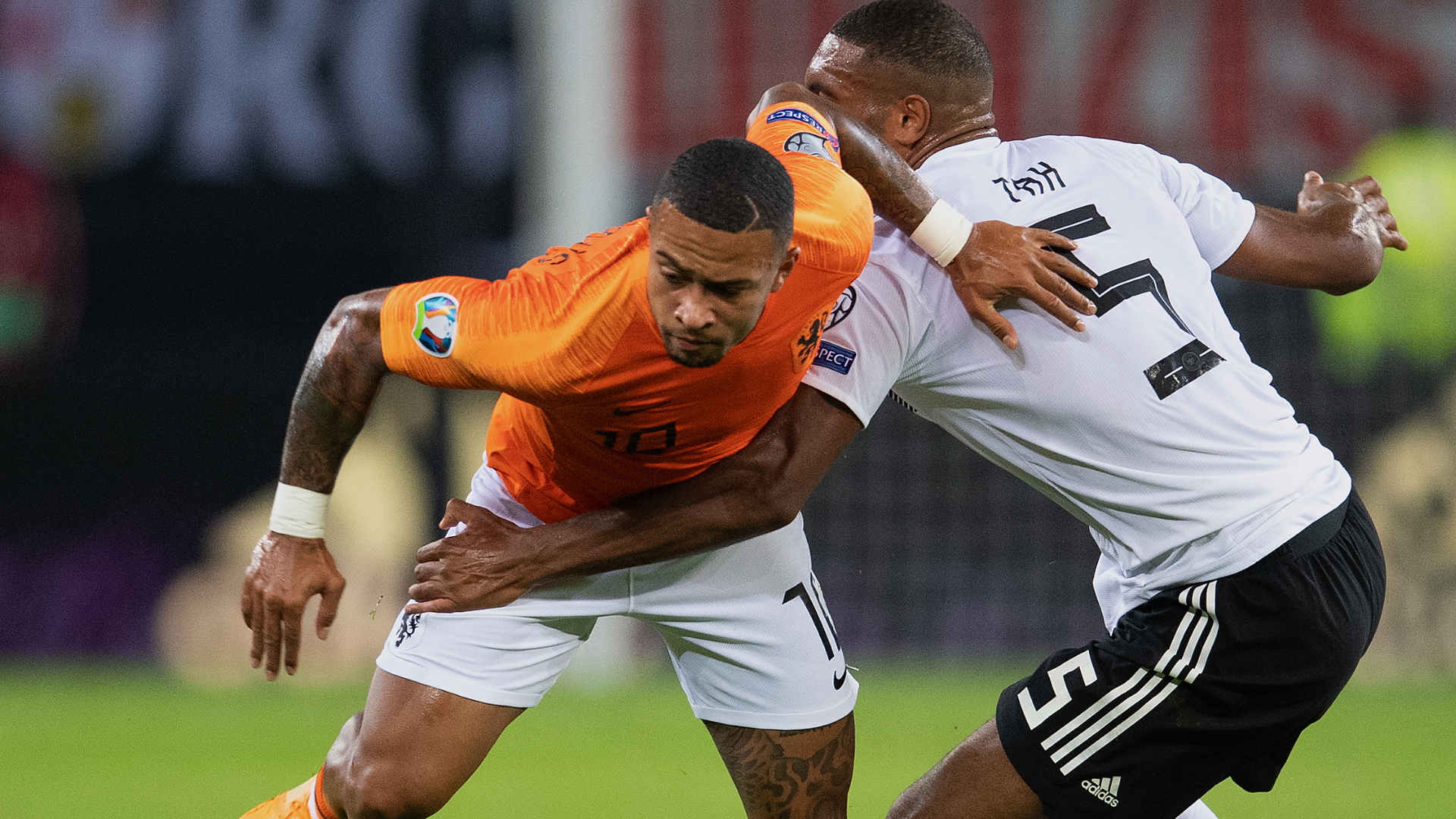 Memphis Depay has set multiple records for assists with the Netherlands after the Dutch defeated Estonia 4-0 in Euro 2020 qualifying on Monday.

Depay grabbed a goal and two assists on the night as the Dutch cruised to an easy away win in Tallinn.

The 25-year-old notched an assist on his side’s second goal in the 47th minute, which came courtesy of Ryan Babel, before assisting on the away’s side’s fourth in the 87th minute through Georginio Wijnaldum.

Depay rounded off a standout evening by scoring the third goal for the Netherlands in the 76th minute.

But it was Depay’s assists that would see him enter the record books, as the Lyon star continues to prove his worth for his national team.

Depay now has 17 assists for the Netherlands this decade, passing Wesley Sneijder on 16 for the most since 2010.

17 – @Memphis assisted 17 goals for the Netherlands this decade, more than any other player. Delivery. pic.twitter.com/YQnWa8WmLB

The attacker also has seven assists in 2019 for the Netherlands, becoming the first player to tally that many in a calendar year since Rafael van der Vaart in 2010.

Depay has helped his country to a strong 2019 campaign that has seen them score 17 goals in six games, already surpassing their total of 16 goals scored last year in 10 games.

The Netherlands have opened Euro 2020 qualifying with three wins and one loss from four games, including a 4-2 win at Germany last week.

Seeing his side win both of their games this international window has pleased Netherlands captain Virgil van Dijk.

“It’s great that we took two victories in a row,” Van Dijk told NOS. “It was the first time in a long time that we were the favourite on paper, so we had to make it happen.

“Everybody knew it could be tough, but we did well.”

The Netherlands will face some big games in the next couple months, with the Dutch taking on Northern Ireland in two of their next three qualifiers: on October 10 and November 16.

Northern Ireland currently sit in second place in Group C, three points ahead of the Netherlands.

The Dutch, however, do have a game in hand on the Northern Irish as well as first-place Germany, who are also on 12 points.

Non-league focus: Give your local club a chance – Malvern Town, a club on the up

January 16, 2020
Non-league football isn’t everybody’s cup of tea. However, the popularity is growing in towns and cities all over the country.
Soccer

July 20, 2019
Everton have been linked with a move for the Brazilian midfielder Reinier Jesus this summer. We covered reports claiming that
Soccer

August 14, 2019
The Porcupines chief wants the club to remain focused to avoid an upset when they welcome their Nigerian opponents on