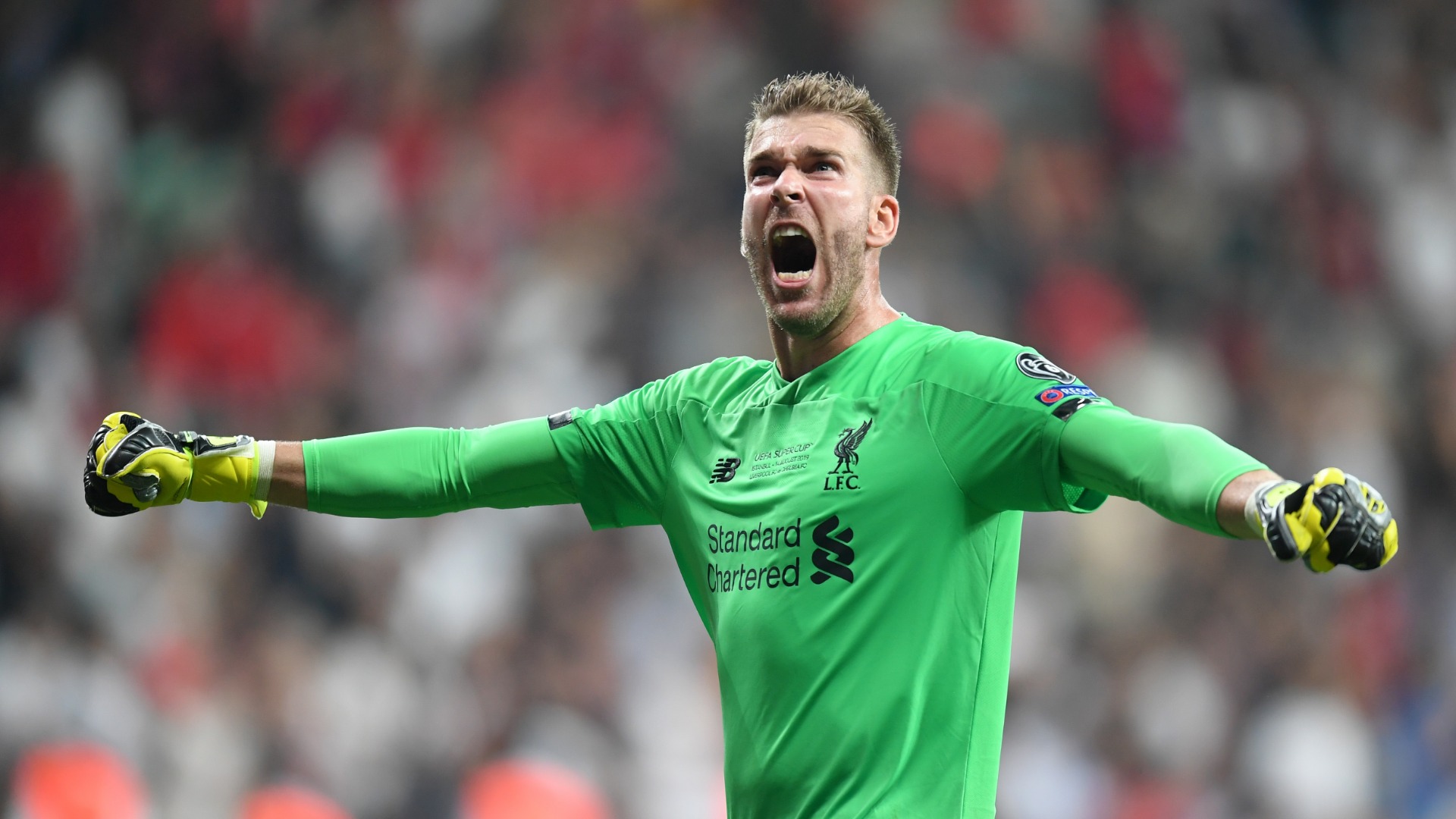 The goalkeeper signed for the Reds on a free before excelling in the UEFA Super Cup, but the Hammers had been keen to keep him

Manuel Pellegrini is happy to see Adrian making an immediate impact at Liverpool but would have liked to have kept the goalkeeper at West Ham.

Adrian left London Stadium as a free agent at the end of last season and spent the summer out of work, at one point, training with a semi-professional club in his homeland of Spain.

However, near the end of the window, Adrian signed for European champions Liverpool, replacing Simon Mignolet as Alisson’s back-up.

But an injury to Alisson in the Premier League opener against Norwich City saw Adrian quickly thrust into the action at Anfield.

And on just his first start for Liverpool, the Spaniard proved their UEFA Super Cup final hero with a decisive penalty shoot-out save from Chelsea‘s Tammy Abraham on Wednesday.

Adrian had been restricted to cup appearances last season, with Lukasz Fabianski the West Ham number one, but Pellegrini still sought to keep the 32-year-old.

“I’m happy for him because he played a lot of years here at West Ham,” Pellegrini told a news conference, reflecting on Adrian’s display against Chelsea. “He’s a very good goalkeeper.

“For different reasons, he couldn’t find an arrangement to continue here. We wanted him here because not only is he a good goalkeeper, he’s a good player for the squad also.

“He had some problems at the start of the season, so signing for Liverpool and having this performance, I’m very happy for him.”

The former Real Betis man is set to continue in the Liverpool goal against Southampton this weekend, with Alisson out for “the next few weeks” – as confirmed by Jurgen Klopp.

Adrian is almost certain to be in goal when Liverpool meet Arsenal on August 24 for their first top-six clash of the season and depending on how long the Brazilian is sidelined, may be in when the Reds have their Super Cup rematch against Chelsea in the Premier League on September 22.

Meanwhile West Ham, who suffered a heavy 5-0 defeat to Manchester City in their opener with Fabianski in goal, look to get their first points of the season on Saturday against Brighton.

July 29, 2019
Everton are looking to sign Wilfried Zaha this summer. According to Daily Mail, the Toffees submitted a £52m bid for
Soccer

McTominay is the best player at Manchester United because of me, says Mourinho

December 10, 2019
The Portuguese tactician dismissed criticism of his record with youth players, citing the Scottish midfielder as an example Jose Mourinho
Soccer

November 9, 2019
Malaysia will go into Thursday's World Cup qualifier against Thailand with plenty of confidence after a morale boosting win over