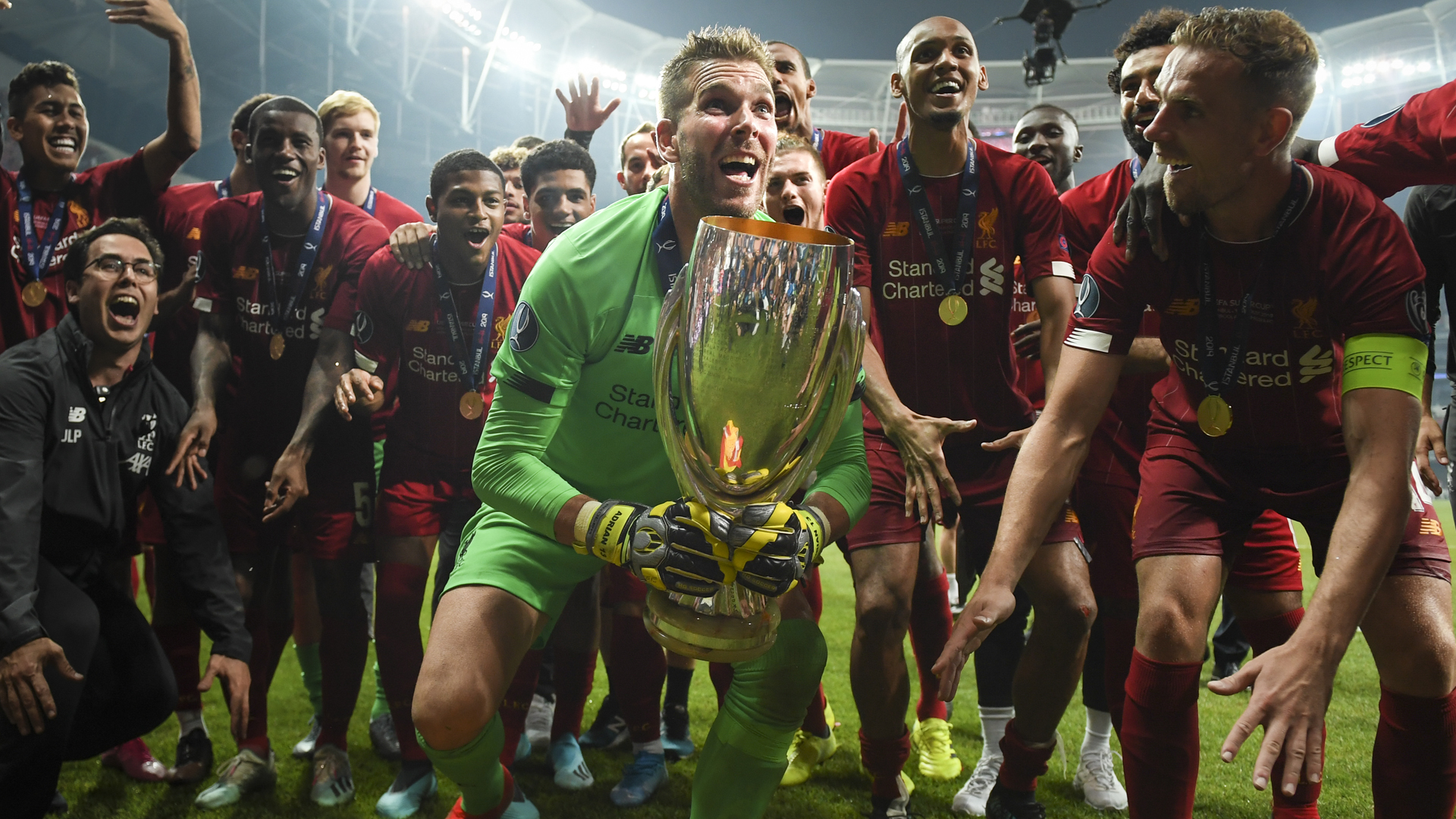 If the new Reds stopper is looking for a house on Merseyside, he can have the legend’s place for free after his Super Cup heroics

Liverpool great Jamie Carragher joked Adrian could have his house for the nothing after the goalkeeper’s heroics in the UEFA Super Cup against Chelsea.

Adrian made the only save in a 5-4 penalty shootout win for Jurgen Klopp’s men in Istanbul, after the two Premier League giants had drawn 2-2 after extra-time on Wednesday.

The shot-stopper, released by West Ham at the end of the season, only signed for Liverpool on August 5 and delivered a huge moment on his full debut as he deputised for the injured Alisson.

Carragher had revealed during Liverpool’s opening day win over Norwich City in the Premier League that Adrian had been for a viewing at the house Carragher is looking to sell on Merseyside.

And now the ex-England international could be willing to give it up for far less than the asking price should the Spaniard’s form continue.

“Adrian can have the house for f*** all!!,” Carragher tweeted.

Sadio Mane’s brace had put Liverpool ahead in extra time after Olivier Giroud’s opener, but Jorginho’s 101st-minute penalty forced a shoot-out before the Spaniard’s heroics.

Adrian, a Liverpool player for less than 10 days, started the showpiece clash in Turkey after he replaced Alisson in the 4-1 win over Norwich.

Alisson is set to be sidelined for the next ‘few weeks’, according to manager Jurgen Klopp, having picked up a groin inury as he took a goal-kick in Friday’s victory over the Canaries.

Speaking to BT Sport, Adrian beamed: “Welcome to Liverpool! I’m really happy for the team, I’m happy to play for Liverpool and happy for the fans. It was a long game but in the end a great finish for us.”

Manager Klopp added: “He’s loud in the dressing room already. I don’t think he’s won a lot in his life so it’s good for him to win it. He made some unbelievable saves, both keepers did, so I’m really happy for him.”

The German then did his best Rocky Balboa impression, shouting: “Adriaaaann”, before adding: “Like Rocky.”

It’s not the first time Adrian has been a penalty hero. Back in 2015, the stopper knocked new Merseyside rivals Everton out of the FA Cup in 2015 with West Ham at Upton Park.

As the two sides continued to be tied, it came to the two goalkeepers to step up, though the man between the sticks for the Toffees, Joel Robles, hammered his spot-kick hard against the crossbar.

Adrian then stepped up and kept his cool to fire the Hammers into the next round.

June 8, 2019
The Juventus midfielder has praised his team-mate for his hard work and competitiveness after their first season playing together in
Soccer

January 3, 2020
The 38-year-old former Barcelona star will be presenting the honours for the first time Former Cameroon international and two-time Africa
Soccer

Adel Altamimi ready to bounce back after decision defeat