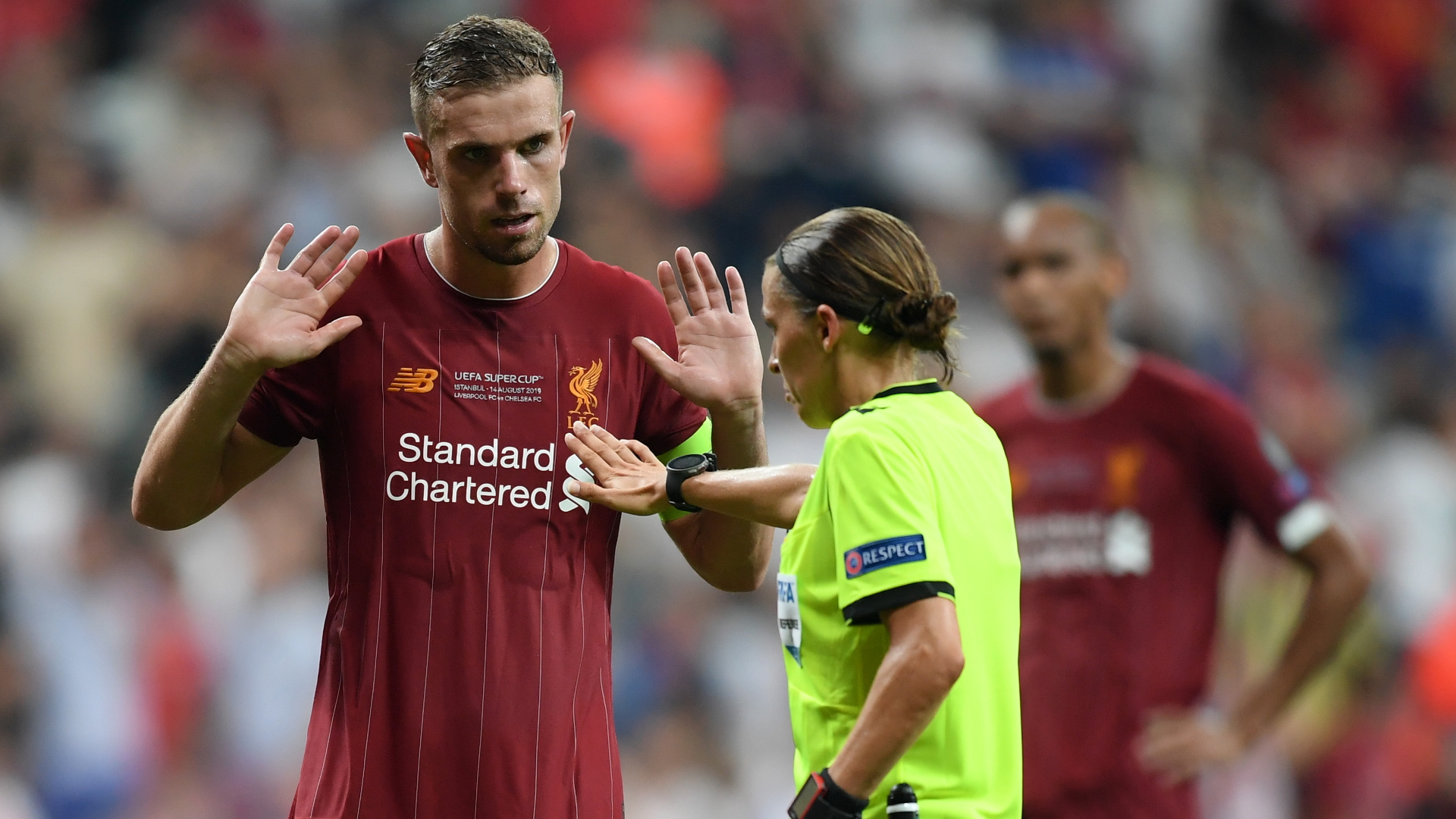 The Video Assistant Referee was at the centre of controversy yet again as Liverpool‘s Adrian conceded a penalty in extra time of Wednesday’s UEFA Super Cup clash with Chelsea.

Starting in place of the injured Alisson, Adrian was called for a controversial foul just moments after Liverpool had taken the lead through Sadio Mane.

Adrian was deemed to have taken down Tammy Abraham as the Chelsea striker chased down a ball in the box, but replays showed that there was minimal contract between the goalkeeper and the forward.

After a brief delay, Chelsea’s penalty was confirmed with Jorginho stepping up to the spot and burying past a helpless Adrian to level the scoreline at two apiece.

The incident did spark more debate over the effectiveness of VAR with many believing the penalty was soft at best.

Aside from the penalty, the match was a relatively clean one for referee Stephanie Frappart, who become the first female to officiate a major UEFA men’s match by taking charge of Wednesday’s clash between the Champions League and Europa League winners.

Chelsea opened the scoring in the 36th minute through Olivier Giroud with an assist from Christian Pulisic in his first Chelsea start.

Liverpool then fired back early in the second half with substitute Roberto Firmino finding Mane to level the score.

Mane then gave Liverpool the lead with a rocket of a finish just moments into extra time before Abraham drew the controversial foul on Adrian that allowed Chelsea to jump back into the match.

So, VAR doesn’t work then. What’s the point. No contact. No penalty #LIVCHE

Karius and Mignolet nodding at one another watching Adrian give away a penalty… #LIVCHE #SuperCup pic.twitter.com/At2y7l39OV

Let me rephrase this; if she didn’t point to the spot, would VAR then go in and call the penalty?
Absolutely no chance.

What is the point of VAR if that penalty isn’t ruled out? Absolute joke.

That shows how useless VAR is. Never a penalty.

What’s the point in VAR if that’s a penalty?

What’s the point in VAR exactly? Never a penalty.

Did VAR team get a different angle or something??

August 8, 2019
Tottenham are close to agreeing a deal for Paulo Dybala. BBC Journalist David Ornstein has confirmed that the Londoners are
Soccer

September 5, 2019
EA Sports pulled off a brilliant move by securing the Champions League rights for FIFA 19, but will the competition
Soccer

November 4, 2019
Leicester City grabbed their seventh Premier League victory of the campaign at the expense of Crystal Palace at Selhurst Park