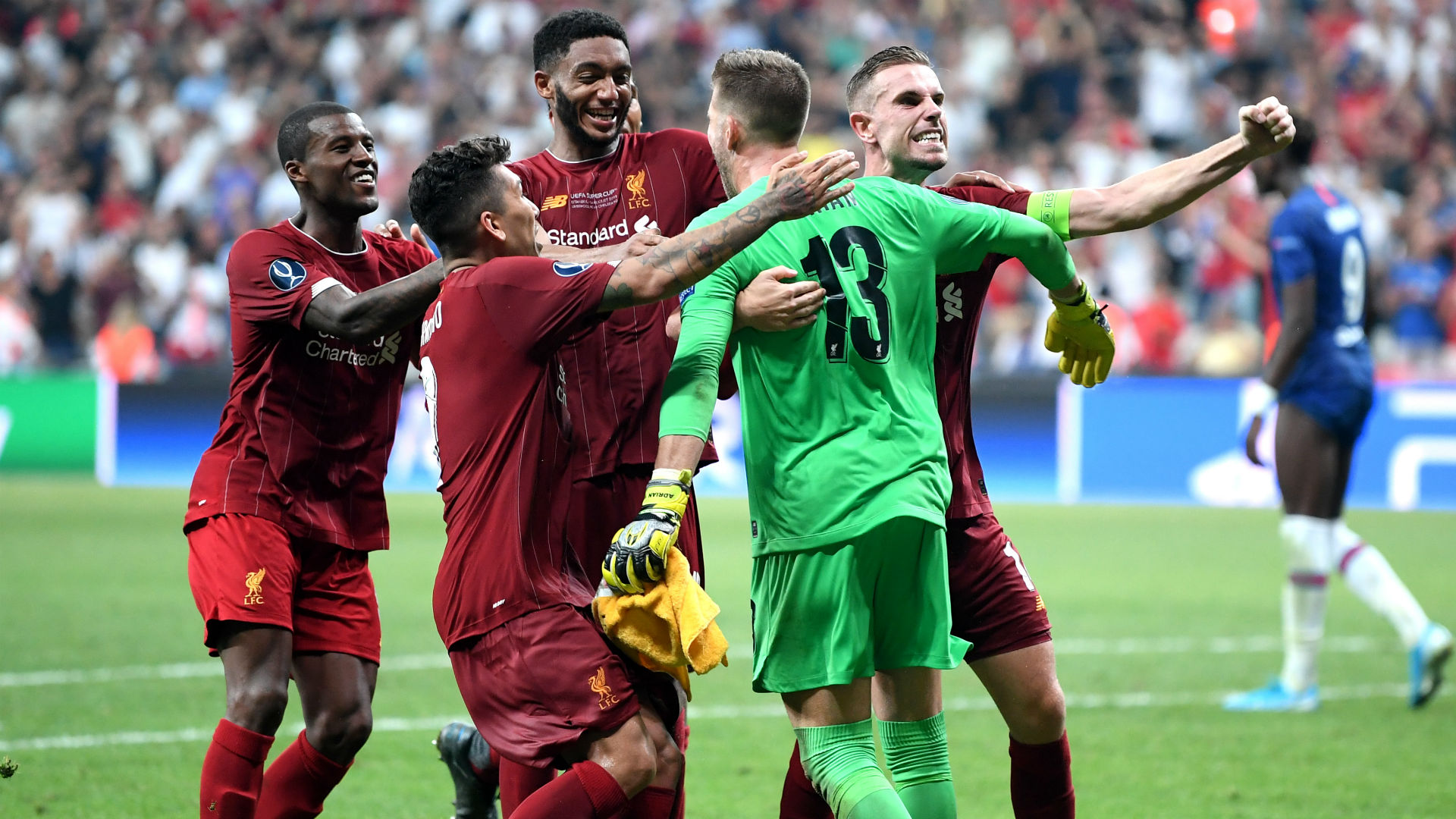 Liverpool goalkeeper Adrian reflected on a “crazy week” after helping guide the Reds to Wednesday’s Super Cup victory over Chelsea in Istanbul.

The goalkeeper started in the place of the injured Alisson, who suffered a leg injury in Liverpool’s season-opening win over Norwich.

Adrian had his ups and downs throughout the match, including a controversial penalty call for Chelsea’s extra-time equaliser, but the Spaniard stepped up after extra time to seal the win for Liverpool.

After seeing Chelsea’s first four shots slip past him and into the back of the net, Adrian was able to kick away Tammy Abraham’s penalty, sealing the win for a Liverpool team that was perfect from the spot.

Signed just last week, Adrian went from unemployed to backup to starter to, eventually, Super Cup champion, and the former West Ham goalkeeper says the past few days have been quite the rollercoaster.

“Welcome to Liverpool! It’s been a crazy week,” he told BT Sport.

“I’m really happy for the team, I’m happy to play for Liverpool and happy for the fans. It was a long game but in the end a great finish for us.”

Adrian was at the centre of the game’s most controversial moment as the goalkeeper conceded a penalty in extra time.

The decision came just moments after Sadio Mane fired Liverpool into the lead, with the winger scoring his second goal of the game to put the Reds up 2-1.

But Chelsea jumped right back into it from the spot as the goalkeeper was controversially adjudged to have fouled Abraham in the box.

Jorginho buried from the spot to restore the deadlock, but it was Adrian who got the last laugh as the Champions League winners sealed their second trophy of the year.

“I tried to stop when I saw him. Strikers are so intelligent,” Adrian said of the penalty decision.

“[Abraham] touched me, I touched him, but he was looking for that. I tried to stop, but I need to see the images again.

“At the end it doesn’t matter. We got the title and we will enjoy tonight.”

Liverpool are set to face Southampton on Saturday in their second match of the Premier League campaign.

September 26, 2019
Home-ground advantage might go out the window this weekend as clubs look to claim three points on the road A
Soccer

Knicks’ RJ Barrett in boot, out at least another week