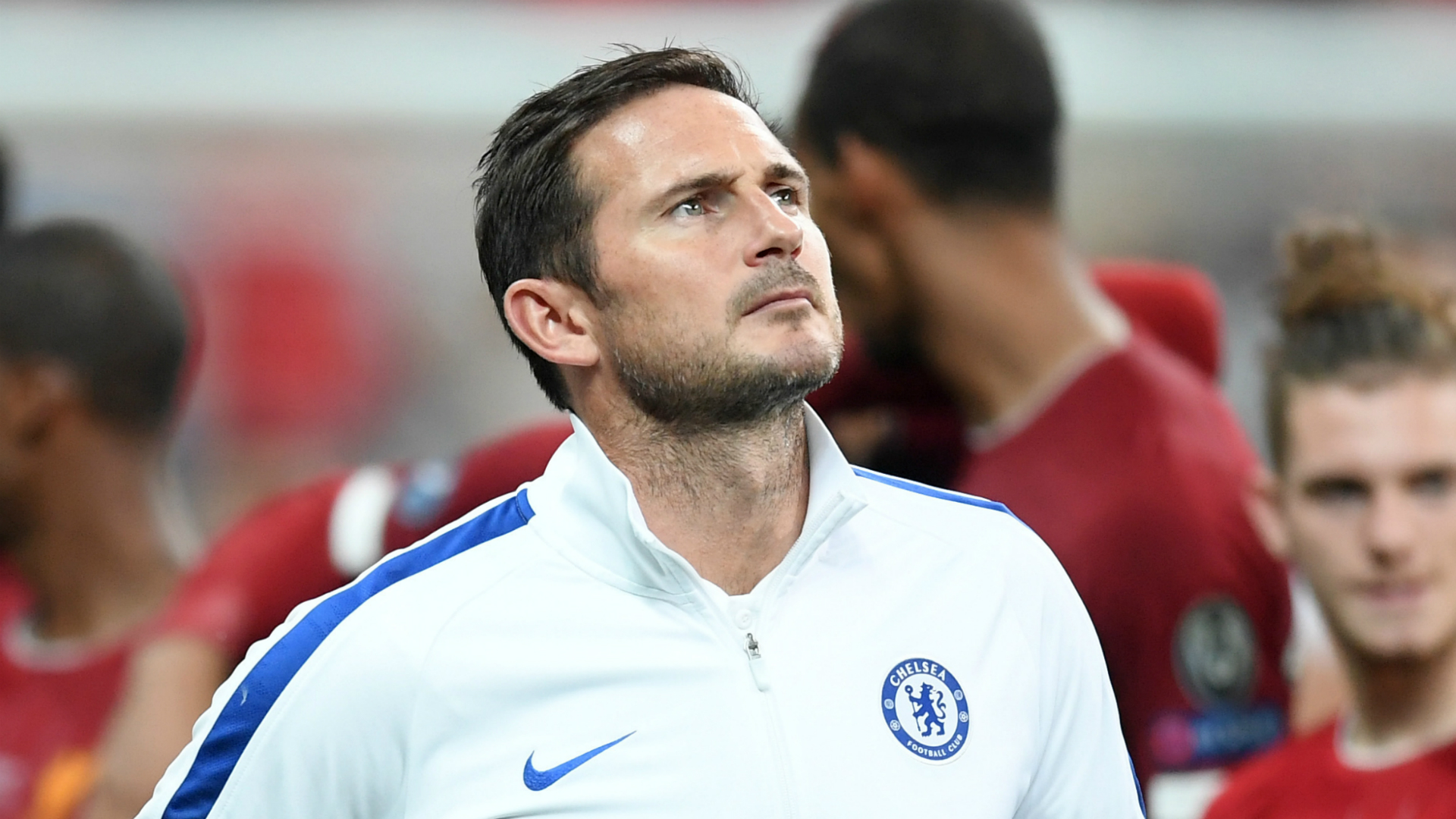 Frank Lampard has labelled himself the worst loser in the world after watching Chelsea lose to Liverpool on penalties in the UEFA Super Cup.

A 2-2 draw in Istanbul in the first all-English encounter saw the game go to a shoot-out, with the Reds coming out 5-4 winners.

Liverpool converted all five of their spot-kicks and Tammy Abraham then failed to score his effort, with Adrian making the decisive save on his starting debut for the Jurgen Klopp’s side.

Chelsea, though, put in a vastly improved performance from their competitive bow under new head coach Lampard, who saw his side taken apart 4-0 away to Manchester United in the Premier League.

While content with his side’s performance, Lampard conceded he’s not someone to take defeats lightly.

“My overall feeling is one of pride. I’m a terrible loser, one of the worst in the world, but I’m happy with the team performance because we were very unfortunate,” Lampard told BT Sport.

“After Sunday, tonight was another level, and we were unlucky not to win. We’ve got three games now till the international break and we’ll try to win them all.

“Mason Mount and Tammy Abraham added an extra dimension when they came on, and were unlucky not to score.”

Abraham earlier won the penalty Jorginho converted to make it 2-2 and take the game to a shoot-out but the 21-year-old’s tame effort from 12 yards was saved by Adrian’s right leg, sparking wild Liverpool celebrations.

“I’ve told him not to worry,” Lampard said of the striker.

“I’ve missed penalties before, anyone can miss, but what I want to see is the confidence of a young player to step up.

“But people keep talking about the young players at Chelsea. Let’s talk about Jorginho and [N’Golo] Kante, and I could name a few others.

“We’ve got a quality bunch in there, a really good group, and we’re working hard. I’m trying to instill the way I want to play and there were so many good things tonight.”

The Blues must pick themselves up quickly ahead of a Premier League clash against Leicester City on Sunday with Lampard out to avoid a third straight defeat.

July 12, 2019
The defender has agreed a five-year contract, but will spend the first season back at his former club on loan
Soccer

Whyvonne Isuza and four others who impressed for Kenya vs Uganda

September 9, 2019
Goal looks at the five players who were outstanding in the Harambee Stars' 1-1 draw with the Cranes in a
Soccer

October 6, 2019
The Blues could jump to as high as fourth in the Premier League table should they beat the Saints away