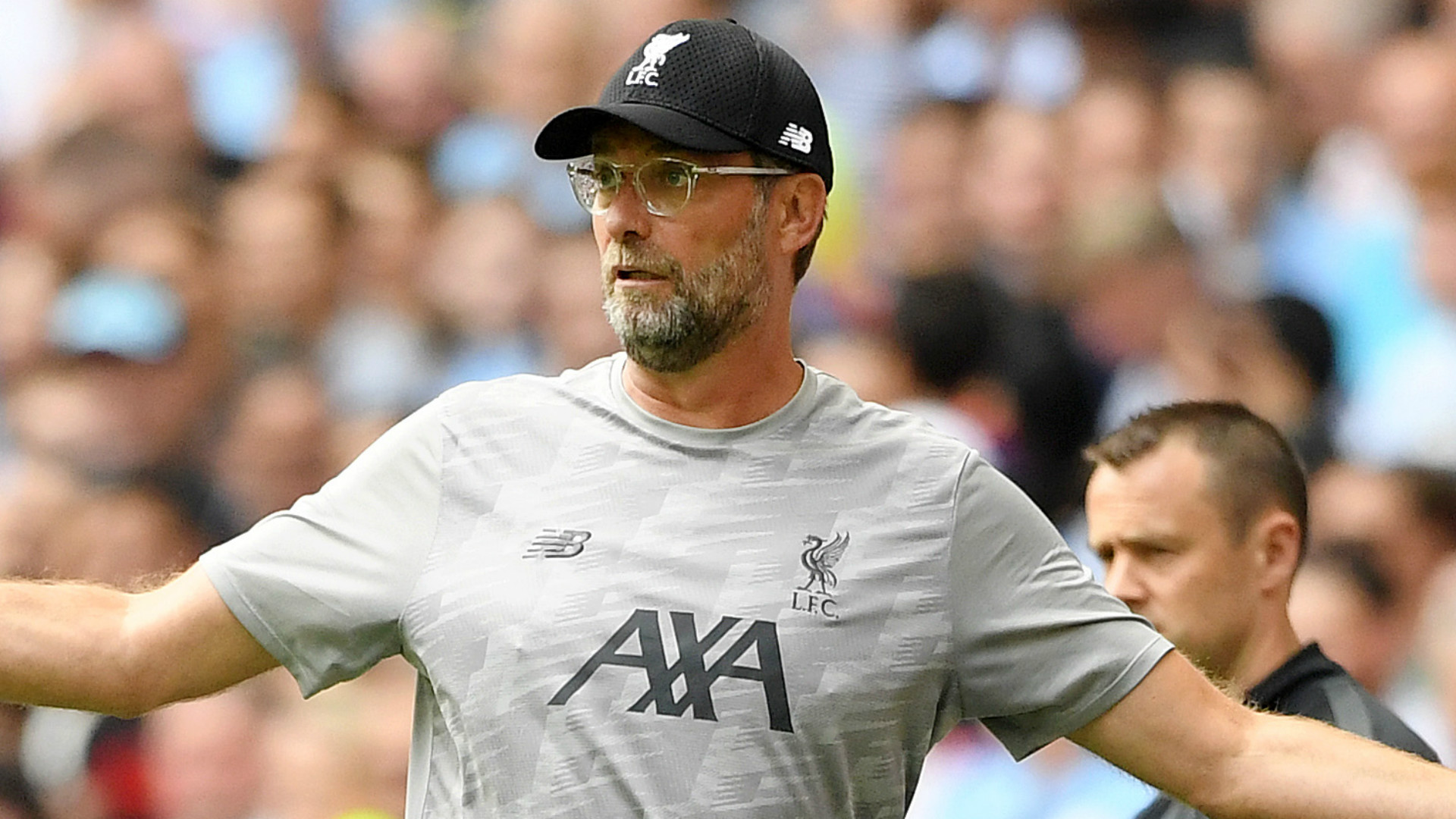 Despite a defeat to Man City in the curtain-raiser to the English season, the Reds boss was happy with their performance

Jurgen Klopp has reiterated his belief that his Liverpool side have had a tough pre-season, but said he saw plenty of positives in today’s Community Shield performance, despite the outcome.

The Reds lost the curtain-raiser to the English season on penalties to Manchester City after a 1-1 draw over 90 minutes.

Klopp’s team trailed for much of the game after Alisson’s uncharacteristic error led to Raheem Sterling’s shot squeezing through in the 12th minute. An unlikely pair combined for the Reds’ equaliser as Virgil van Dijk’s cross was headed home by Joel Matip with 13 minutes to play.

Although Claudio Bravo’s penalty save on Georginio Wijnaldum handed his side the win, Klopp thought Liverpool’s performance was important in a game that was anything but meaningless.

“I thought they looked pretty hungry. That doesn’t mean it will work out but we fought today,” the German said after the game.

“After all the things that were said about the competition, both teams wanted to win it desperately, I saw that.

“My team is not in doubt about being satisfied or whatever, to stop working or stop running. The character of the team is still incredibly good.

“We had a difficult pre-season but the boys did what they had to do and were affected by it. We played football games against really good teams and that didn’t feel too good.

“It was very important we all gave ourselves and our supporters a sign of the performance today. Now let’s carry on.”

Liverpool suffered losses at the hands of Napoli, Borussia Dortmund and Sevilla before the game at City.

Last week Klopp said key absences made it hard to judge where his team were in terms of preparation for the new season.

The former Mainz and Dortmund boss said an opponent confessed his own team were perplexed too, and that he was glad to see the Champions League winners can still play “proper football.”

“It was a really good performance, a powerful one in the second half,” he continued. “Both teams had a similar pre-season – I spoke to Kevin De Bruyne after the game and we both said we don’t really know where we are yet.

“The least we deserved was the equaliser. One save decided it and I cannot be disappointed. The performance was much more important today than a win. We know we are still here; we can still play proper football.”

September 24, 2019
The Barcelona superstar got one over on his Portuguese foe on Monday night and is now looking to chase down
Soccer

Adel Altamimi ready to bounce back after decision defeat