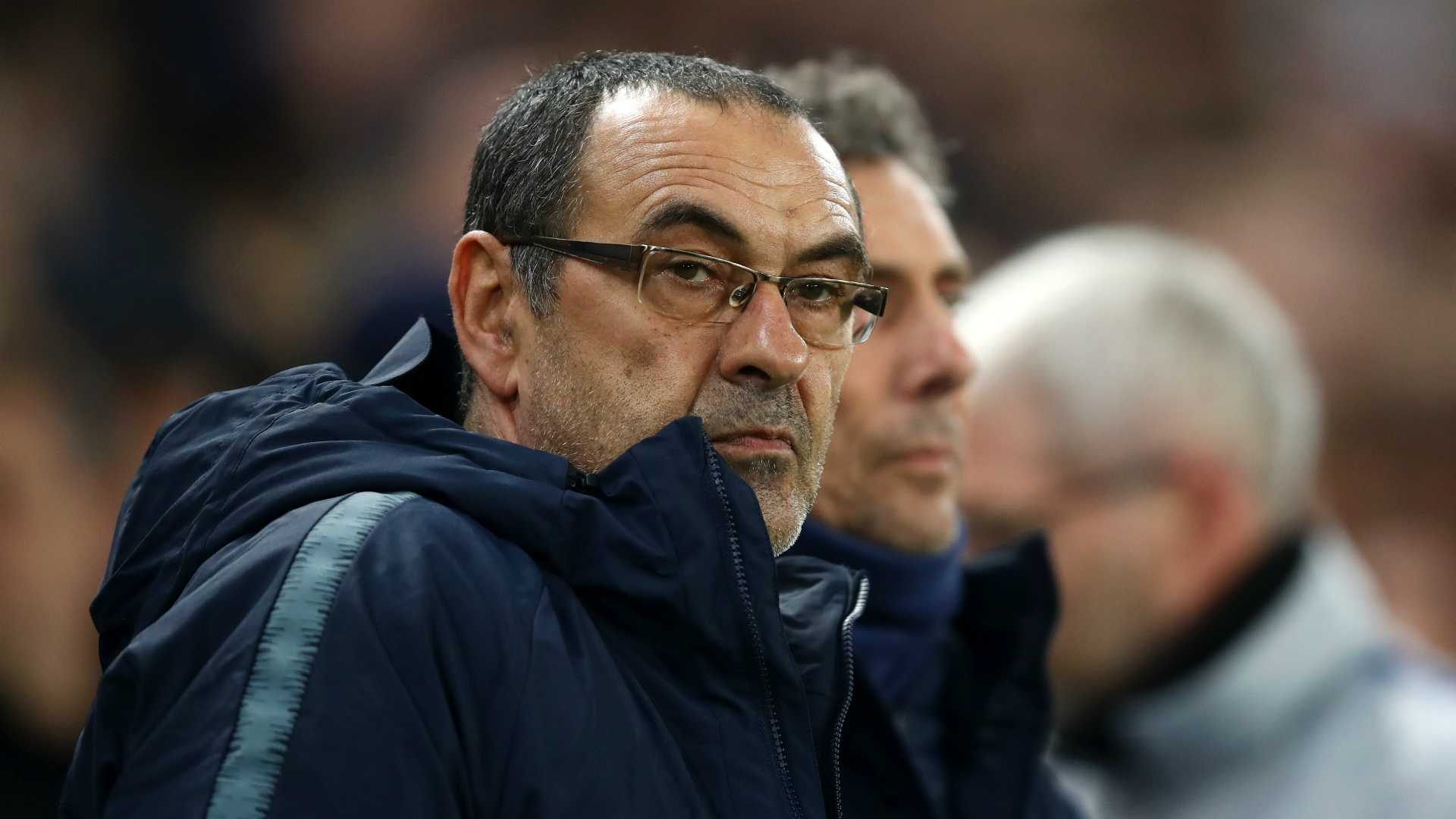 What does the future hold for the London club’s manager? The midfielder claims he has no idea as links to the Serie A champions swirl

Jorginho has “no idea” if Chelsea boss Maurizio Sarri will continue at Stamford Bridge as he continues to be linked with Juventus.

Sarri is reportedly set to sign a three-year deal to replace Massimiliano Allegri in Turin after just one season in charge of Premier League side Chelsea.

Jorginho followed Sarri from Serie A outfit Napoli to Chelsea ahead of the 2018-19 campaign but the Italy midfielder does not know what the future holds for the 60-year-old.

“I have no idea what he’ll do, to be honest, as I am focused on Italy right now.”

In his first season at Chelsea, Sarri guided the Blues to third in the Premier League and Europa League glory.

The manager has claimed his call was to earn Chelsea a Champions League place and that the season was a success, having reached that goal along with reaching the final in the Carabao Cup.

Jorginho played an important part of that success at Chelsea, having made 54 appearances and scored two goals across all competitions.

And the Italy midfielder had previously warned his manager of being viewed as a traitor by some should he decide to make the jump to Turin.

“It would be sad because I think [Sarri] did a good job,” Jorginho said earlier this month.

“We finished third in the Premier League, we won the Europa League and we reached the EFL Cup final despite all the critics.

“It was a good first season in Chelsea. It would be sad for everyone.

“The Napoli fans still have him in their hearts; it’s normal that they could get angry. They could treat it as a betrayal; they’re like that. We’ll see what happens.”

While the future is unclear for Sarri, it looks bright for Jorginho with Italy.

The 3-0 win over Greece was the third in three qualifying outings for the side, who sit alone atop Group J.

They’ll return to the pitch to face third-placed Bosnia and Herzegovina on Tuesday.

January 1, 2020
Hello and welcome to live commentary of this Premier League fixture between Brighton and Chelsea. The hosts enter this one
Soccer

December 7, 2019
The England international will be taking "scoring seriously" when City play host to their arch-rivals in the Premier League this
Soccer

January 5, 2020
The Spain international has made it clear that he wishes to leave Dinamo Zagreb in January as he aims to